An innovative free app heralds a new approach to empower young women to become their own health advocates.
Key Takeaways

October 14th, 2022 - Los Angeles — October is Breast Cancer Awareness Month, and celebrated Hollywood rising star Saniyya Sidney has joined forces with Keep A Breast to help alert young women on the importance of self-examination and the availability of a friendly, life-saving app.

According to the National Cancer Institute, about 1 in 8 women will get breast cancer in their lifetime. The good news is that, with early detection, the disease can be defeated. “Traditional efforts against breast cancer focus on women over 40 or 50,” said Shaney jo Darden, Founder of Keep A Breast. “But in the United States, 12,000 women age 40 or younger are diagnosed with breast cancer every year.”

“A large percentage of diagnosed breast cancer is found through a woman’s initial self-examination,” said Saniyya Sidney. “This app provides a great tool in preventative health.”

“The KAB self-check app connects users who think they may have discovered something during their check with a telehealth medical professional,” said Darden. “Saniyya’s light shines bright on and off the screen. Having such an accomplished young woman amplifying our preventive message and app is a true blessing that, I suspect, will save many lives.”

The resource-filled app is compatible with both Apple and Android platforms, and has interfaces in English, Spanish, and French. “This month in particular, I encourage everyone to download and use the free KAB app, and to help us promote it by using the hashtags #keepabreast, #selfcheck, #thekabapp, and #breastcancer,” said Sidney.

Saniyya Sidney is an American actor who at a young age has already garnered myriad film and television nominations and awards, and worked alongside some of Hollywood’s biggest names. Her most challenging physical role was playing tennis icon Venus Williams in the film King Richard.

Keep A Breast Foundation is a 501(c)(3) nonprofit organization headquartered in Yucca Valley, CA. Their mission is to reduce breast cancer risk and its impact globally through art, education, prevention, and action. 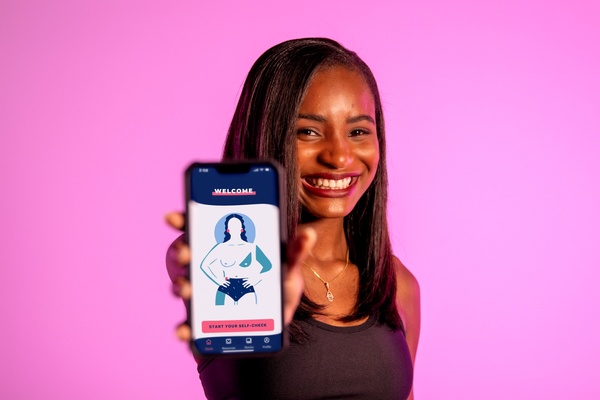